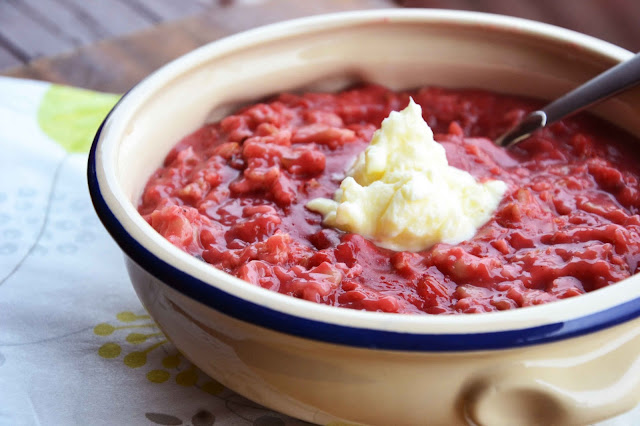 2012 was all about oatmeal for me. I ate oatmeal basically every single morning. I struggled to shovel it down my throat in the beginning but after a while it just became my morning ritual. Coffee and my bowl of oatmeal. It's real good for my stomach and staying in track with a healthy diet. But it gets boring.
So after months and months of oatmeal I started to become kind of disgusted by it. So my ritual was disappearing quickly. What replaced the porridge were usually a slice of bread or toast or eggs or simply nothing. But eating no breakfast is the WORST you can do to yourself since your body needs fuel to start the day, as well as, your metabolism! Thus I need to get back to my oatmeal. But I also have to change my recipe a bit to have new flavors to enjoy, or at least bear.
I'm planning to make some red velvet whoopie pies today so it gave me the idea... Let's make red velvet oatmeal! Yay! Such a cool idea! Now this oatmeal had a slight cocoa flavor to it and when you stir in the cream cheese frosting... It's like totally amazing! I'm not saying you should be eating this every day since it has sugar in it but for a weekend breakfast it's pretty awesome! :) Hope you'll like it too!

Measure the water and milk in a cooking bowl. Add in the oatmeal, salt and vanilla. Cook it over very low heat for about 10 minutes. When it starts to get real thick, add the cocoa powder, sugar,butter and the food coloring. Stir, stir, stir.

To make the frosting, mix the cream cheese, butter and sugar together. Simple.

To serve add the frosting to your oatmeal and stir it while leaving lumps of the frosting. So so so good :) Enjoy! 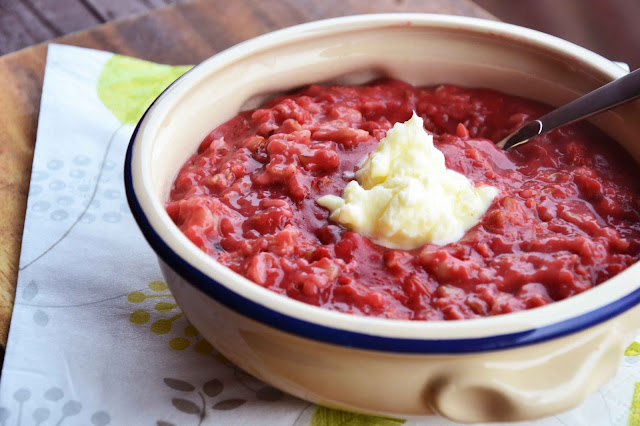