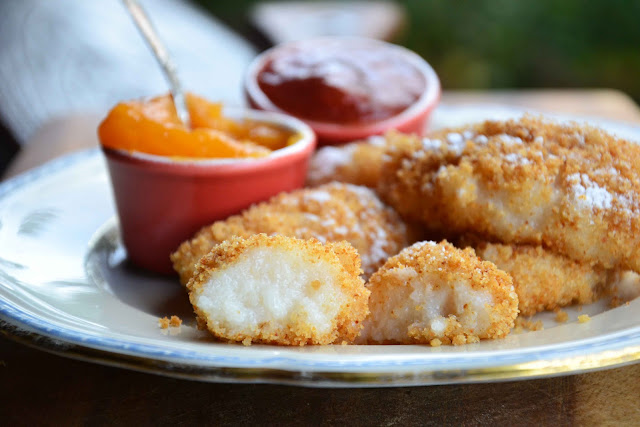 The past weeks have not been easy on me thus there was no posts from me. I feel terrible about it but probably due to stressing I was just simply out of inspiration. Even today, when I came home to my parents' I had no idea what to make that would cut it to make it on the blog.
Cooking and baking just weren't a priority lately. I missed it but every time I finally started to make something, nothing turned out any good! Has it ever occurred to anyone that even if you paid attention, you just messed everything up? Well, that just took all my joy away so I just kinda stopped doing it. 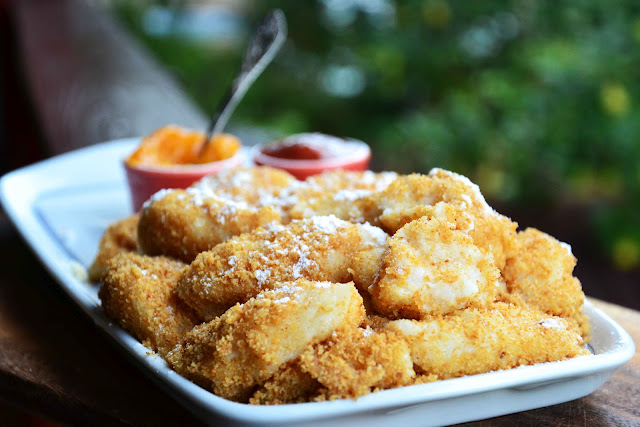 It's not like I didn't cook anything but nothing were just phenomenal to post about, you know? Until today! I've been eyeing this recipe since I first saw it but I just never got to it. Too bad! Because these dumplings are just ridiculously easy to make and ohhh my gosh sooo good!! I'm not exaggerating, they are really really delicious! The base is a very simple grits porridge that is made with coconut milk instead of regular. The coconut milk makes all the difference! At first, I only substituted because we don't tolerate regular milk very well but then after tasting it, it is SO much better! It gives such a full flavor that it gives a whole new dimension to the simple porridge. And after it's cooked, you just cut a tablespoon-ful and coat it in toasted bread crumbs. To make it even better, have some homemade apricot or strawberry jam with it. Amazing!

Bring the coconut milk, sugar, vanilla and salt to a boil over low heat. Add in the grits and continuously stirring, cook it for about 8 minutes until it's thick. Place it in the fridge for 10 minutes.

Melt the butter in a pan. Add the bread crumbs and toast it for about 10 minutes or until golden brown. Stir it occasionally.

To make the dumpling, cut a small bit from the grits using a tablespoon. 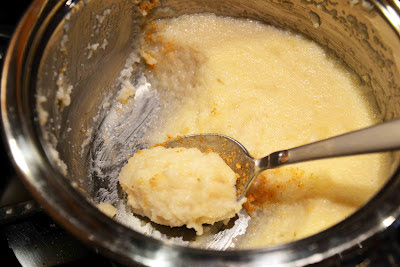 Shape the dumpling with the help of another tablespoon and place it in the bread crumbs. 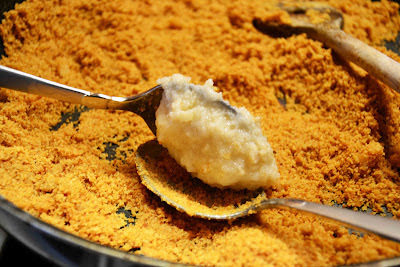 Dip it evenly in the crumbs. 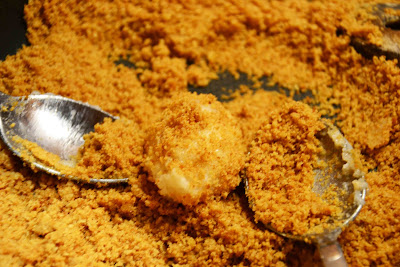 And that's it! Keep doing the same thing with the remaining grits. Sprinkle powdered sugar on top and serve it with some jam. Enjoy :) 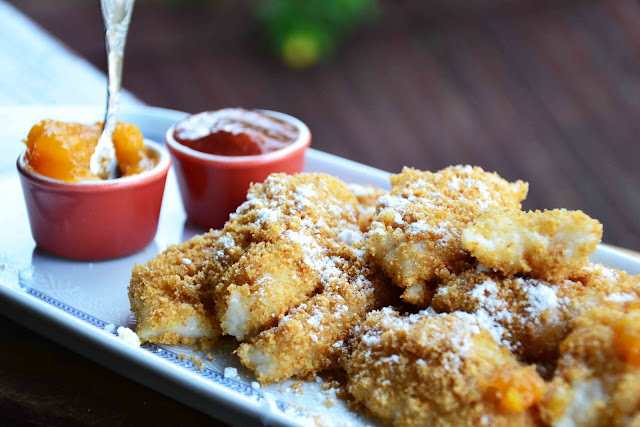